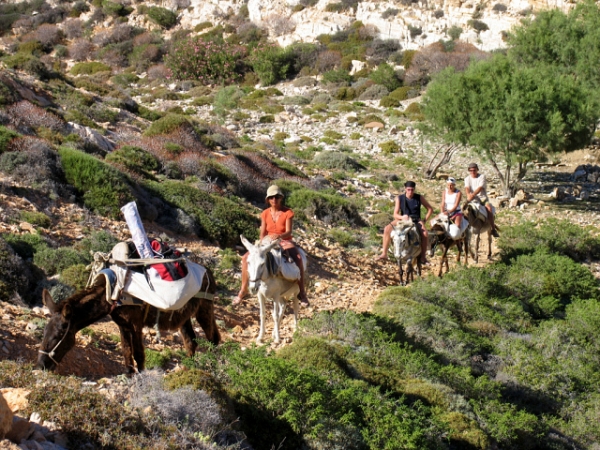 Despite the island's small size, the well-preserved network of old paved streets and footpaths is an attraction for hikers, allowing them to experience the riches of Folegandros’s historical character. The network of selected footpaths, with a total length of 20 kilometres, crosses a large part of the Folegandros countryside and constitutes the Footpaths of Historical and Cultural Interest, which lead to destinations with a particular historical-cultural or environmental importance.

The selected Footpaths are as follows:

The walk starts at the Kastro in Hora, through the narrow streets, and joins the road for a while, passing below Pantanassa and the Agios Savvas chapel. Reaching the historic church of Stavros, the walk returns to the footpath, heading south-west. The section up to Christos is mostly paved. After Christos, and with an open view to the sea, the footpath becomes narrower and rougher, descending towards the picturesque bay of Fira. From there, the footpath leads to the picturesque but busy bay of Aggali, along a coastal route in a rocky and steep landscape.